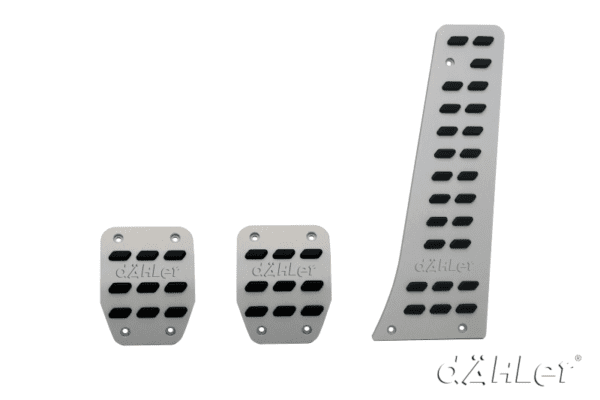 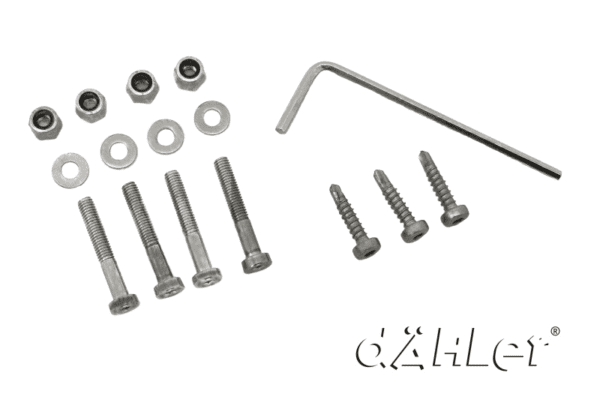 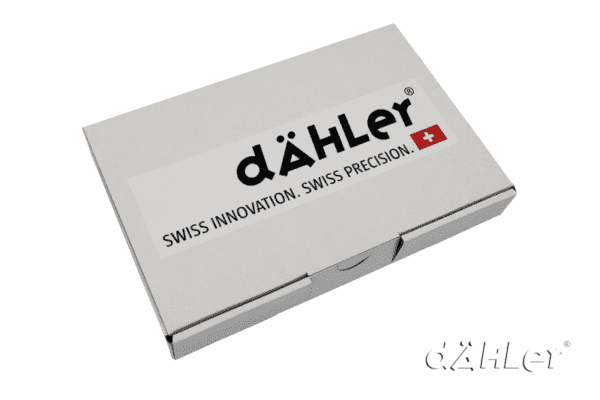 dAHLer matt aluminum pedal pads for BMW with Manual, SMG or Automatic Transmission are a visually appealing and functional addition to the vehicle interior.

A dAHLer matt aluminum pedal set for BMW cars is a direct replacement for the original rubber pedal pads and are a perfect complement to the BMW interior finish and trim.

The pronounced rubber profiles on the gas, brake or clutch pedals offer a firm hold and protect against slipping.

Depending on the transmission of the car the dAHLer pedal cover kit includes an aluminum clutch pedal pad, a brake pedal pad, and an accelerator pedal pad that are screwed to the stock pedal assemblies (flush-fit hardware is included in delivery).

The clutch pedal is not used on the SMG and DCT-equipped models.

The dAHLer aluminum brake or clutch pedal pad is screwed to the standard pedal using 4 screws and nuts. The accelerator pedal pad is attached to the series pedal with 3 plastic self-tapping screws.

The asymmetrical and three-dimensional design of the rubber profiles give the foot-well a dynamic character.

Add comfort, control, and great visual appeal to your interior with this dAHLer matt aluminum pedal set for your BMW.

In the overview FITS THE FOLLOWING MODELS you can see whether your vehicle can be equipped with our aluminum pedal set.

Other series upon request