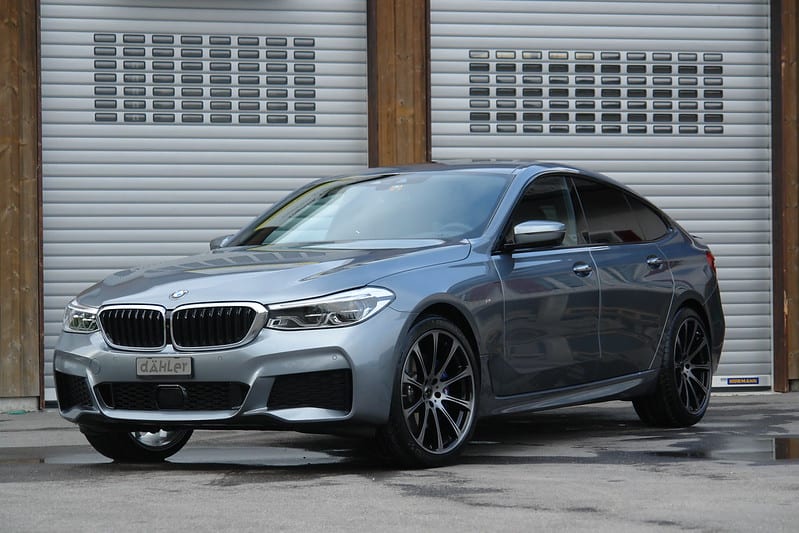 But not only models like the BMW 6 series Gran Turismo 640i xDrive G32 with its massive power, delivered by a V6 Turbo engine can be enhanced to take it to the next level. 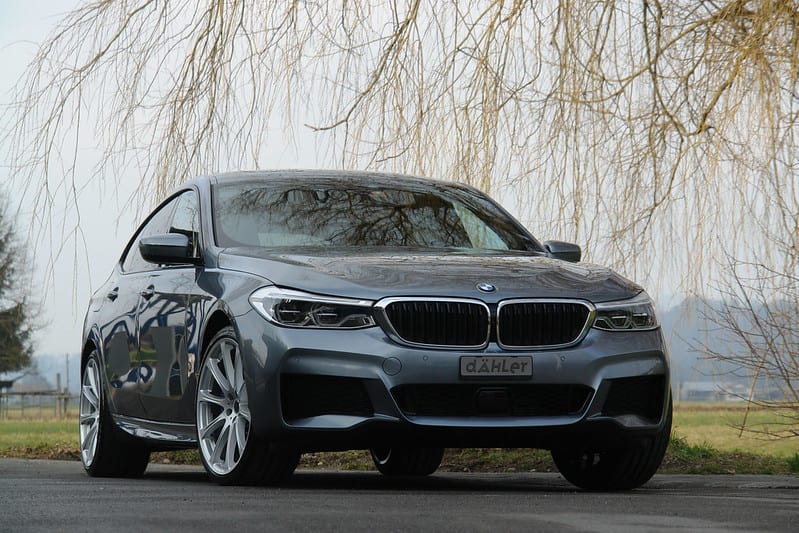 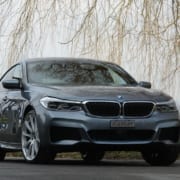 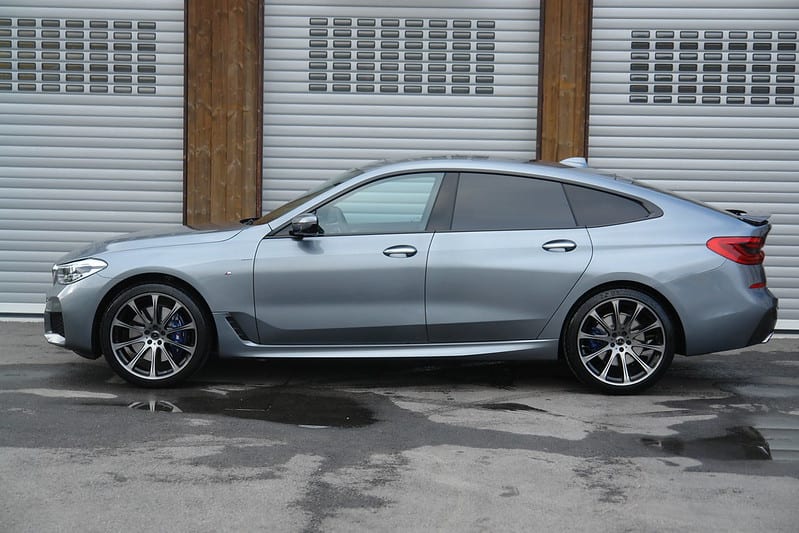 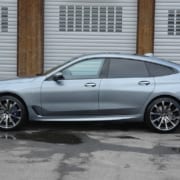 – Power gains of up to 58 hp to the wheels on a stock vehicle
– Quick Plug & Play Installation (less than 45 min)
– Runs as smoothly as stock, this is how your BMW should have come from the factory
– Compatible with all driving modes
– Fuel economy unchanged during normal driving
– Ethanol (E93 or less) compatible tuning maps
– Not VIN locked, can be removed without a trace and resold down the road
– Developed in Switzerland, manufactured in Germany
– Worldwide 3-year product warranty

What about the latest diesel technology?

Here, too, our team has year of of experience. Our Engine Performance Tuning Module for BMW diesel cars is totally different from competitors and does not increase any injection pressure at all!

The dAHLer Engine Performance Tuning Module for the BMW 6 series Gran Turismo G32 620d, 630d and 640d lengthens the injection time by a small amount which results in more power and torque but stays within the BMW engine’s safety regulations. Our latest technology also controls boost pressure to unleash a wave of torque at low rpm which will push you into the seat.

Our Engine Performance Tuning Module for the BMW 6 series Sedan G32 integrates flawlessly to extract maximum power and torque without faults and errors – just flawless. The harness has OEM style plugs to connect in-line with each boost pressure sensor and the camshaft position sensor on the engine.

Our Engine Performance Tuning Module for the BMW 6 series Sedan G32 is completely reversible to OEM specs and installs in less than 45 minutes just in a few simple steps. This will be a safely upgrade which makes this the easiest and most effective power upgrade you will ever make on your BMW 6 series Sedan G32. For a substantial increase in power output, with minimal downtime for installation, full serviceability, and can be reverted back to stock then this Engine Performance Tuning Module power upgrade is best!

Inside our dAHLer Engine Performance Tuning Module is an advanced control unit that is designed to optimize and work with the factory BMW ECU. BMW 6 series Sedan G32 maps and algorithms within the control unit have been elevated for this BMW engine, sending improved fuel and ignition parameters to the stock ECU to control boost depending on load, engine speed, and other factors.

Also included in the scope of delivery is an adapter which, when installed, returns the vehicle to its original state without having to remove the cable harness of the dAHLer engine performance upgrade. This can be used, for example, at a workshop appointment.

The dAHLer Diesel Engine Performance Tuning Module for the BMW 6 series Sedan G32 lengthens the injection time by a small amount which results in more power and torque but stays within the BMW engine’s safety regulations. Our latest technology also controls boost pressure to unleash a wave of torque at low rpm.

With our Engine Performance Tuning Module all of the factory safeguards of your BMW 6 series Sedan G32 remain in place, including overload protection and warm-up protocols to preserve longevity and factory drive-ability. One of the amazing advantages of this type of system is that it is unaffected by factory BMW updates and service.

If BMW updates the computer software of the BMW 6 series Sedan G32, our Engine Performance Tuning Module is not lost or overwritten. This is where competitor tuning modules fall short! This is just another key aspect of our module because BMW is constantly releasing small software updates. All of the factory diagnostics and service access is retained. 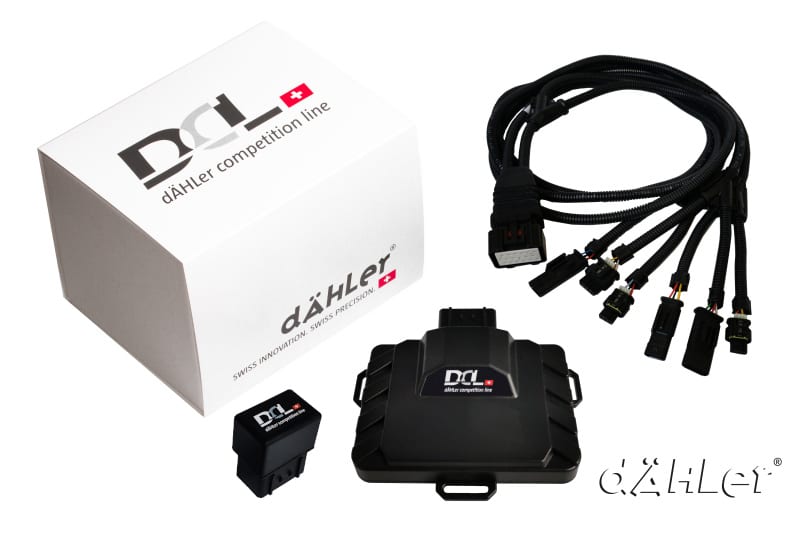 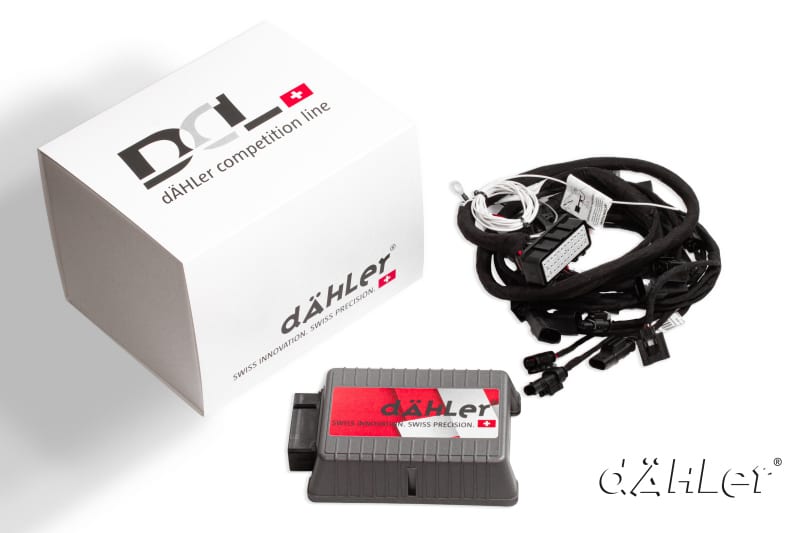 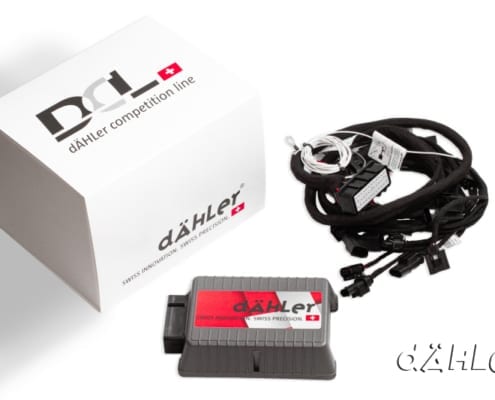 Our Performance Tuning Power Pedal for the BMW 6 series Gran Turismo G32 is ready for use immediately after installation.

Our Performance Tuning Power Pedal for the BMW 6 series Gran Turismo G32 is a direct plug in to the existing (OEM) engine harness at the gas pedal. There are only POSITIVES.

The dAHLer Performance Tuning Power Pedal for the BMW 6 series Gran Turismo G32 is completely reversible to OEM specs and installs in less than 30 minutes just in a few simple steps.

Selected optimization mode of the dAHLer Performance Tuning Power Pedal can be read at a glance as it is visualizing with a clear LED program and the device always remembers the last driver’s setting even after an engine stop. 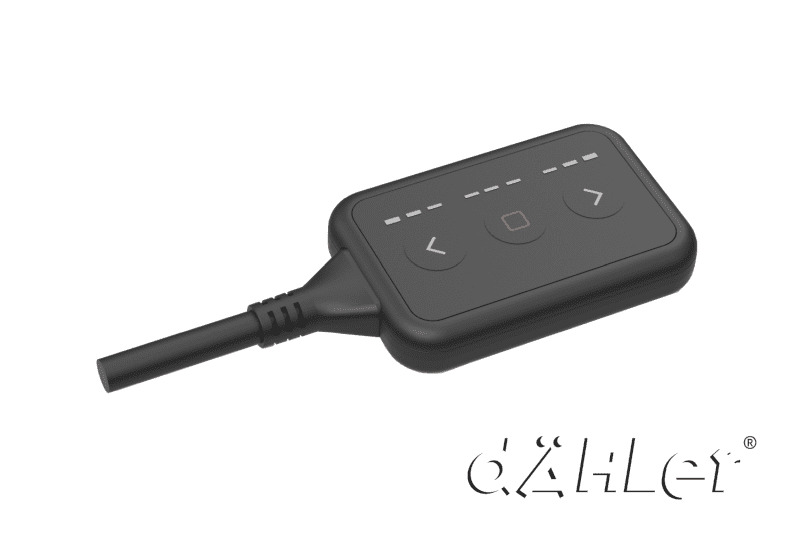 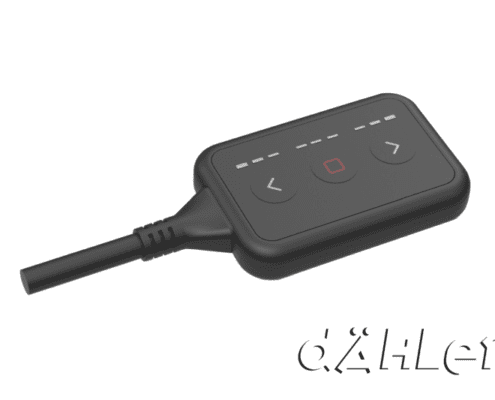 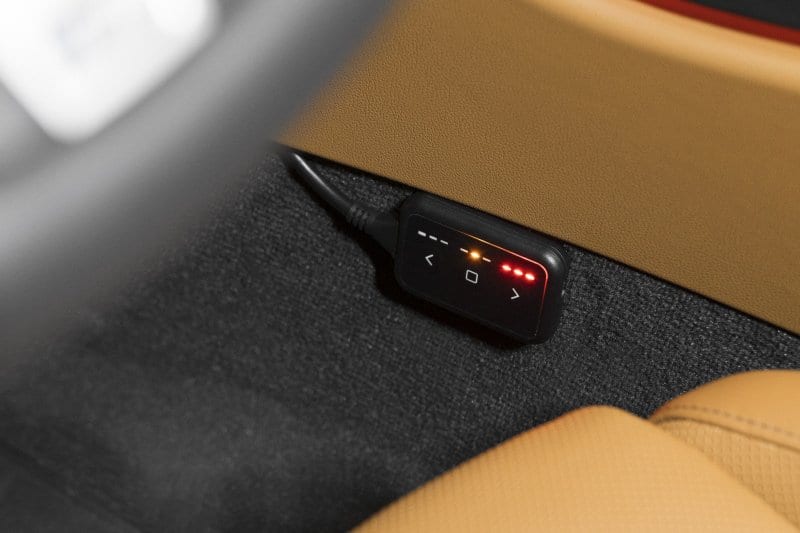 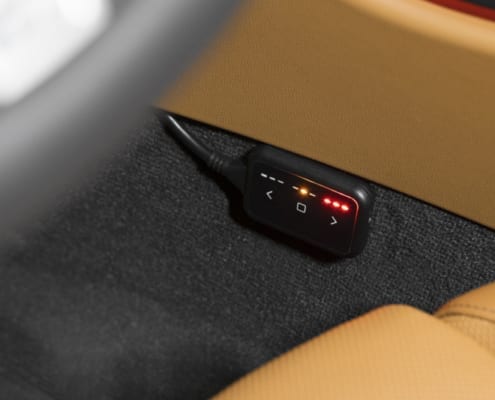 Even though the BMW 6 series Gran Turismo G32 comes already equipped with BMW alloy wheels, it makes the car look good but still stock.  It needs a real BMW enthusiast to tell the difference between the available BMW packages.

dAHLer light alloy wheels and wheel and tire packages in 21 inches for your BMW 6 series Gran Turismo are not only much more attractive than most of the heavy stock BMW alloy wheels they are mostly lighter and therefore require less energy to rotate. 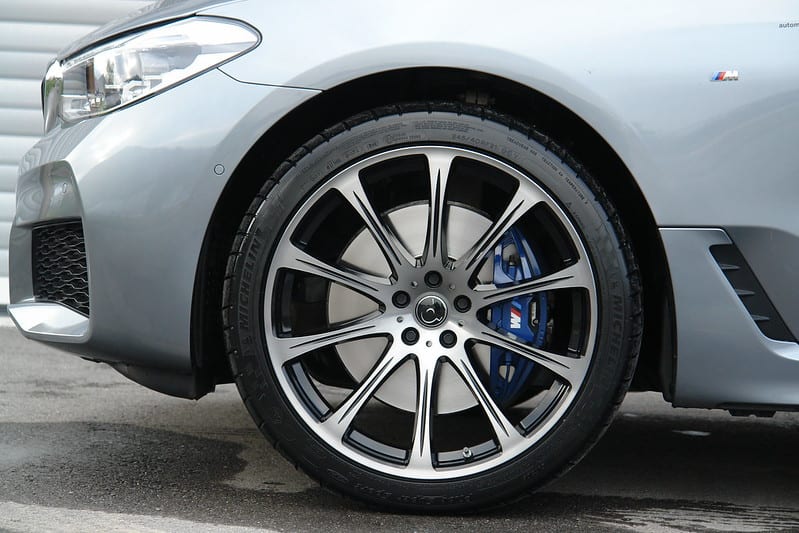 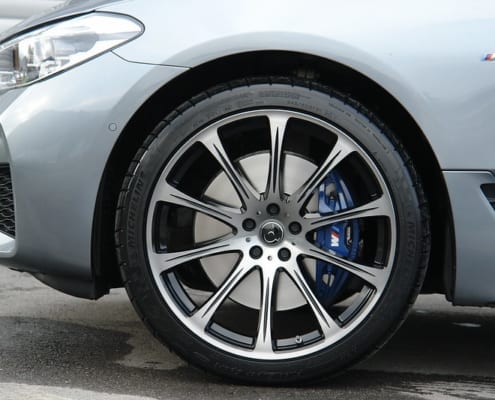 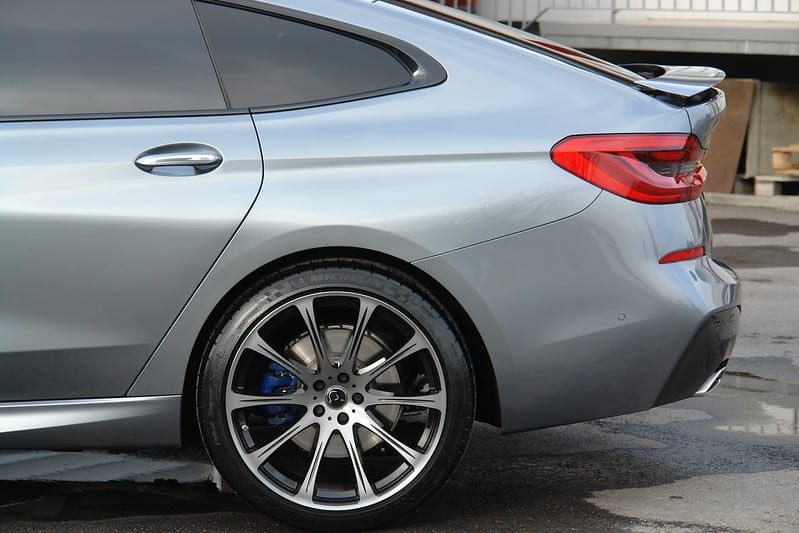 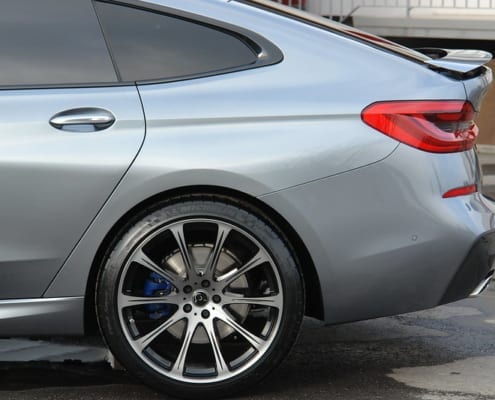 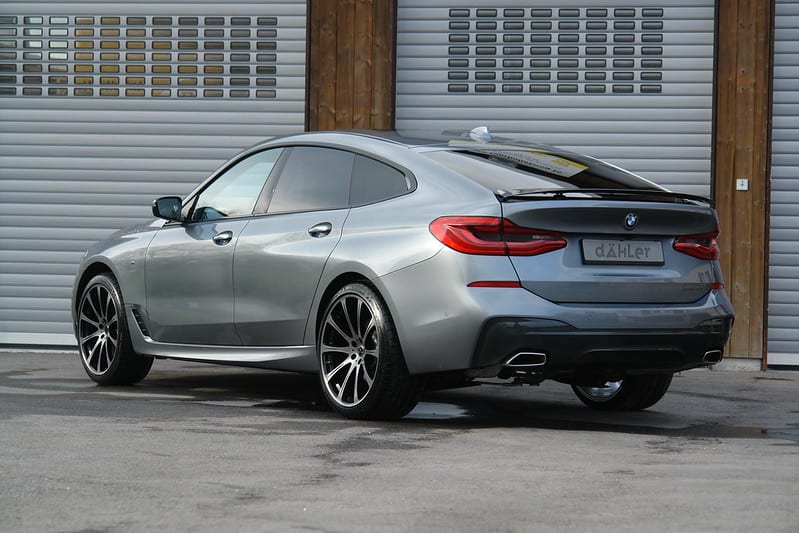 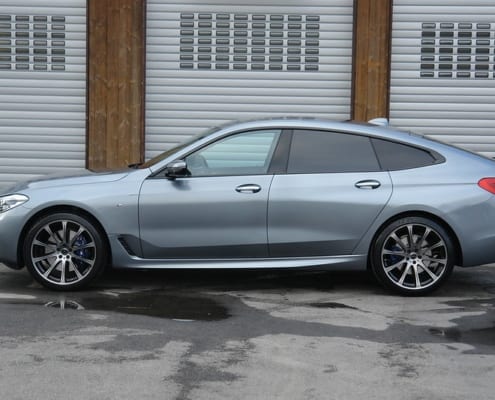 With Logo and lettering

Note:
The vehicle type must be specified before ordering
For Left Hand Drive cars only 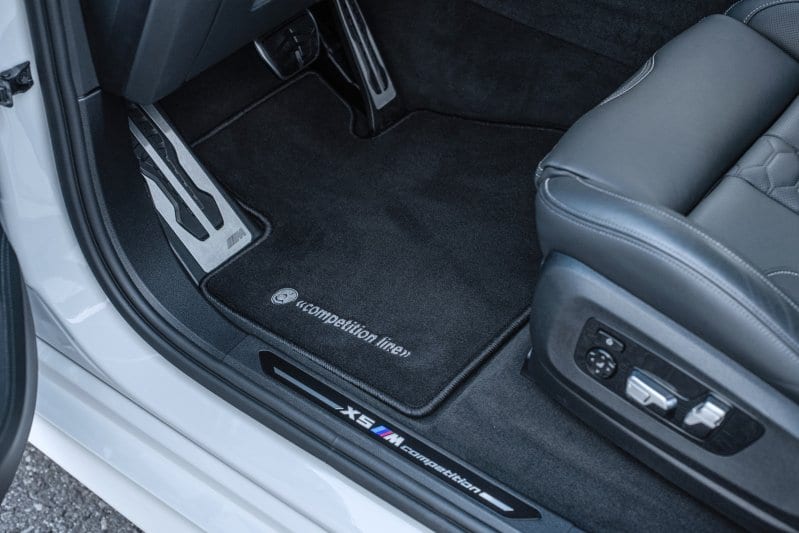 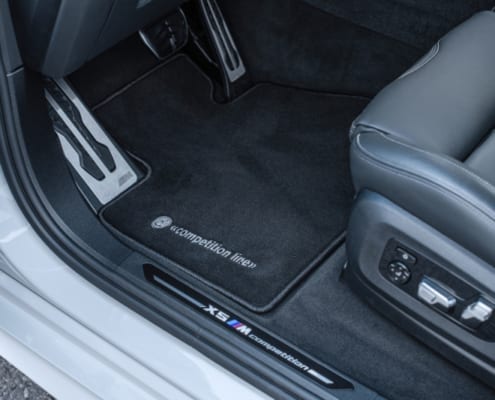 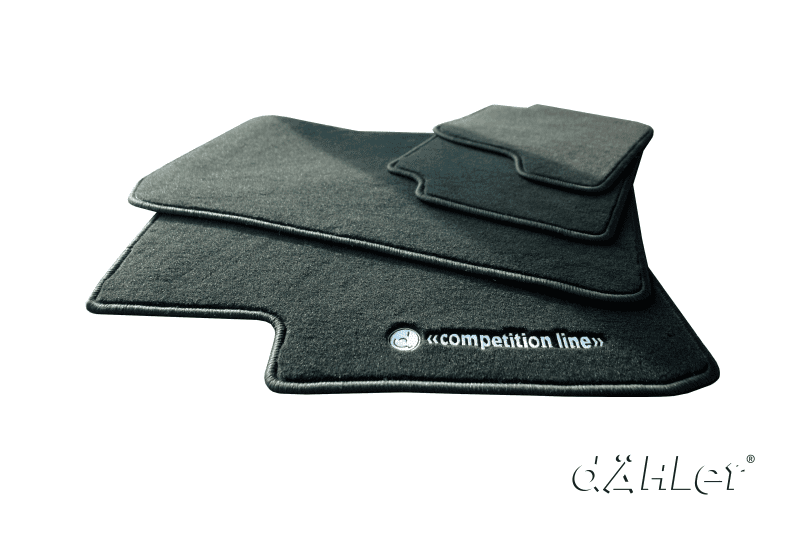 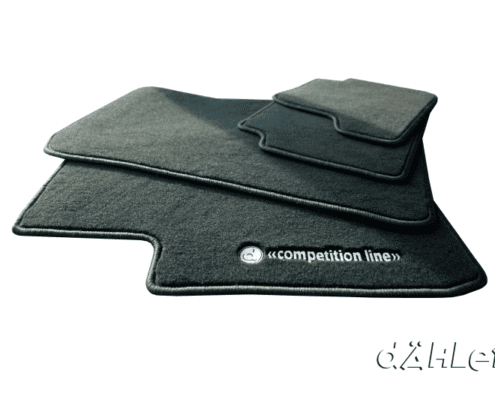 Give us a call or drop us an email to learn about what we can offer to customize your BMW car.

Get in touch with us
Do you have an order, product or customer service question for us?

Are you looking for a dealer or an installer?

Address
We are physically located in Saarlouis, Germany

These cookies collect information that is used either in aggregate form to help us understand how our website is being used or how effective our marketing campaigns are, or to help us customize our website and application for you in order to enhance your experience.

If you do not want that we track your visit to our site you can disable tracking in your browser here: