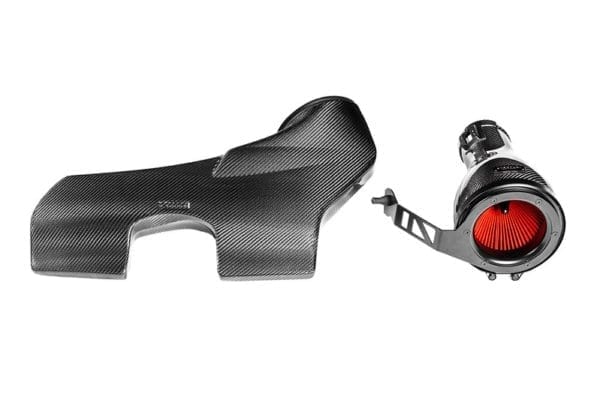 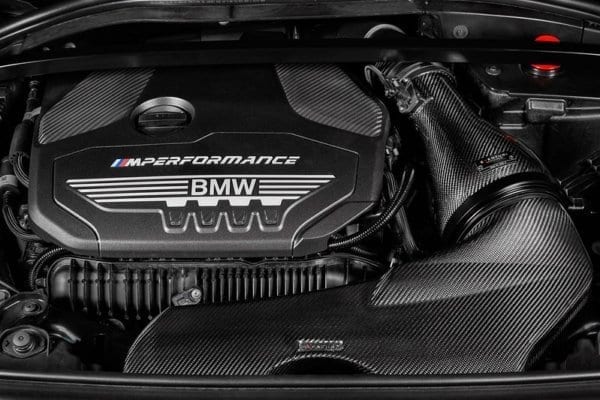 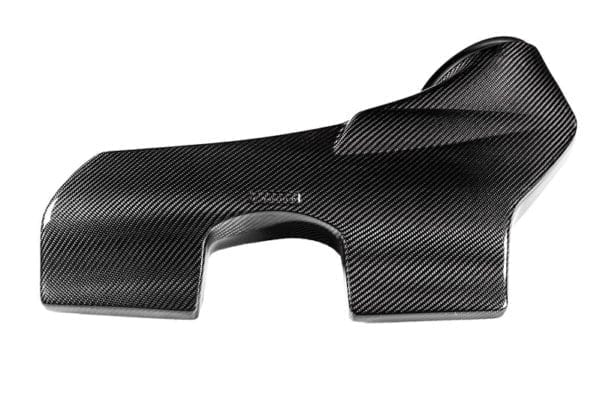 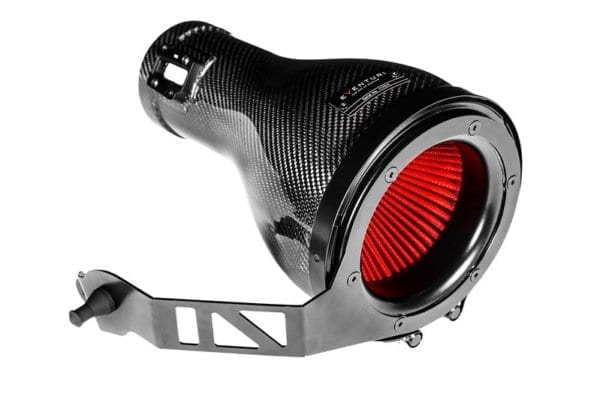 Eventuri intake has been developed to provide the turbo with a less restrictive flow path whilst maintaining low inlet temperatures.

Crafted from Prepreg Carbon Fiber, the airbox serves 2 objectives – to seal the filter against engine bay heat and to provide a dual cold air feed.

The filter housing comprises of our bespoke generation 2 filter, aluminium inlet cowl, stainless steel bracket and the integrated MAF section. The carbon pod shrouds the reverse mounted filter and smoothly shapes the airflow down to the MAF section which then connects to the stock inlet tube. This changes the flow path from the OEM airbox where airflow enters the front of the airbox, changes direction by 90 degrees to travel through the panel filter and then changes direction again by 90 degrees to move through the MAF section.

Couple the dAHLer engine performance tuning increase with a more audible and sonorous induction sound and the overall driving experience of your BMW 1 series F40 128ti is much more involving and more fun.

The Eventuri carbon intake system for BMW 1 series F40 128ti is a new type of intake design, which has been granted a patent. Eventuri uses a cone filter – but here it is inverted and decoupled from the inlet tube. By removing the direct connection between the filter and the inlet tube, the filter is no longer dictating the shape of the airflow. This is now being done by the carbon housing, which is designed to smoothly guide the air into the inlet tube without a sudden change in geometry fitted in the BMW 1 series F40 128ti.

This means that Eventuri carbon intake for the BMW 1 series F40 128ti keeps laminar conditions throughout the intake, which is a lot more efficient. Furthermore, the funnel-shaped housing invokes the Venturi effect where the smooth reduction in cross-sectional area along the length of the housing causes the airflow to increase in velocity. Essentially the entire housing acts as a large velocity stack. On the road this translates to more power with a smoother delivery as well as sharper throttle response since the airflow is not inhibited by abrupt geometry changes.

Dyno testing the Eventuri intakes back-to-back with the original filter vs the upgraded filter, Eventuri has found an additional power and torque increase for tuning the BMW 1 series F40 128ti, like an engine performance tuning module. This validates our theoretical modelling and proves that the upgraded filters really have a significant impact on the airflow through the intake. The power gains over and above the original filters vary between vehicles, but here are some of the results Eventuri has measured so far.

Alloy Wheels for all BMW X3 G01
Scroll to top